He was a painter, sculptor, musician, narrator of oral history, and cultural ambassador.

Mukarobgwa's art was inspired by his native landscape and the legends and culture of the Shona people. Never formally trained in painting, he believed that this freed his mind to fearlessly use colour and to paint exactly what he wanted, confidentially unrolling his vision onto the canvas.

In the 1950s, he led the now famous Shona School of Zimbabwe with the support of its Director, Frank McEwen. In 1957, he joined the National Gallery in Zimbabwe. By 1962, his paintings were collected by the MOMA and Roland Penrose, founder of the ICA in London. After Zimbabwe’s independence in 1980s, Mukarobwa remained in service to the National Gallery of Zimbabwe. During this time he focused on sculpture, but later on in life he returned to painting. During his life, he guided and encouraged many young artists.

His works were part of all annual exhibitions at the National Gallery of Zimbabwe (where he received numerous awards including in 1982, 1983, 1984, 1989, and 1990 and was an invited artist in 1986) and he has exhibited in Britain, France, USA, Australia, Europe, South Africa, Mozambique, and other countries in Africa. 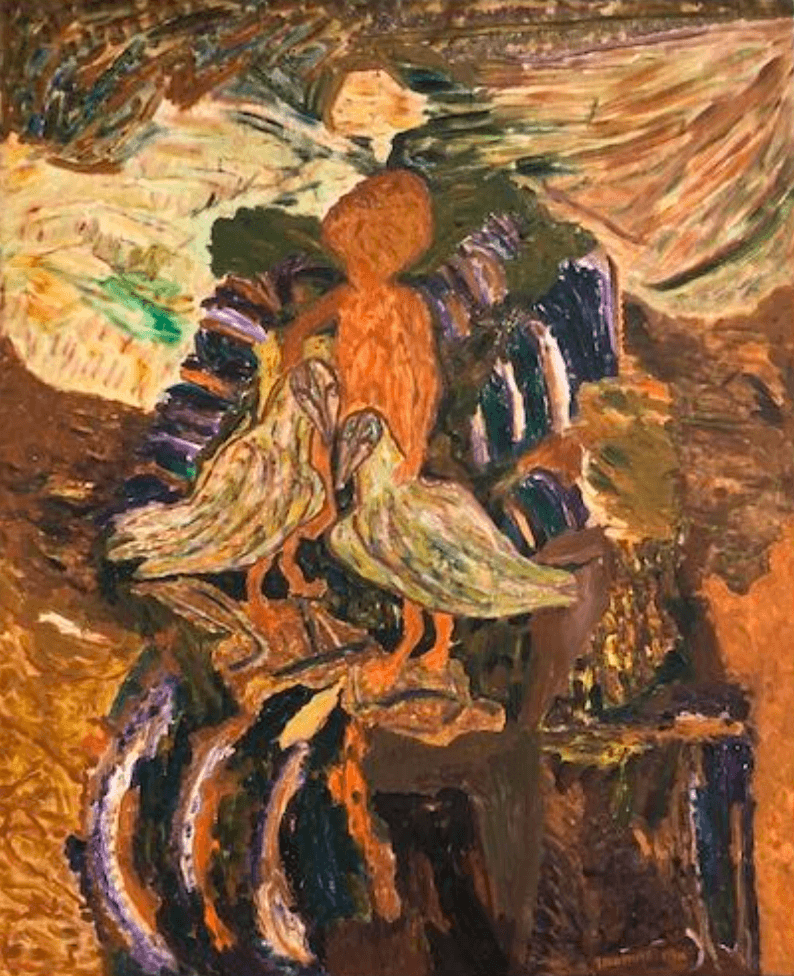