Stephen Kappata was born in a Western province of Zambia c.1937 as a son of Angolan immigrants. He held many varied jobs including: clerk, builder, post-office worker, officer, ticket clerk, and a series of positions in the Zambian Ministry of Agriculture.

Kappata began painting in 1969/70. He is a self-taught painter, having learned oil painting through a tutorial session with a Zairean painter. His first exhibition was at the Mpapa Gallery in 1986.

His work addresses three main themes which include Zambian traditions, political aspects of the colonial era, and contemporary issues (focusing on the economy). Kappata’s untrained style and technique made Kappata a legend of his genre.

Kappata held numerous solo shows including in Finland, France, Royal Festival Hall in England, and the Nayuma Museum in Zambia. In addition, he participated in group shows as well as the Cuba Biennial in 1989.

Kappata has works in private collections in London, Germany, Zimbabwe, and New York. He is featured in a number of journals including African Arts. 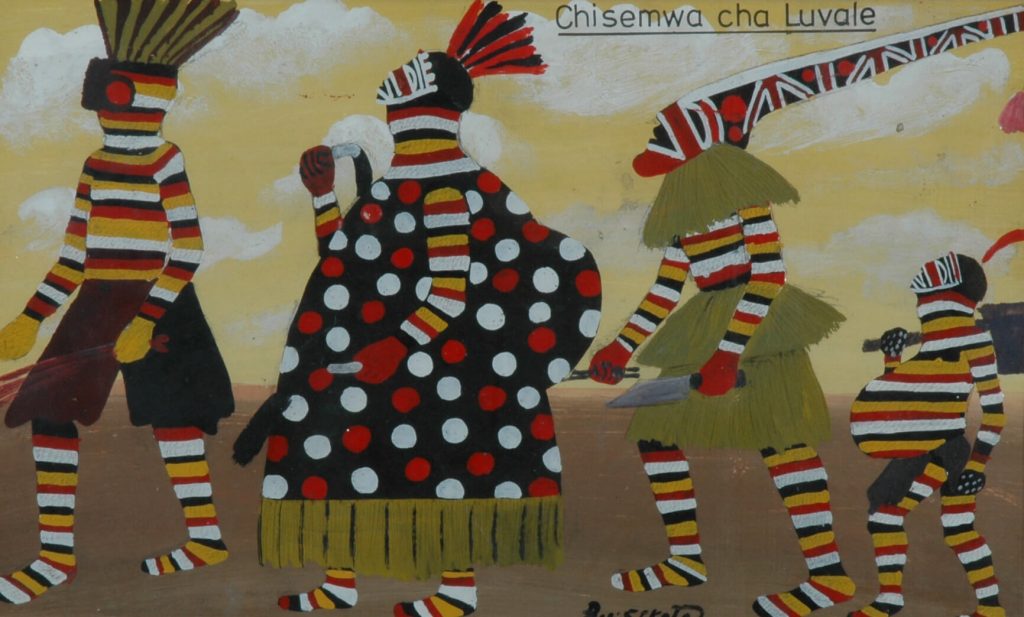