Born in Mazowe, Zimbabwe, Kashiri was one of Zimbabwe’s finest young painters. Unlike his contemporaries who focused on the human figure as well as social commentary, Kashiri focused on semi-abstract paintings involving landscapes.

Kashiri received a qualification in fine arts from the ILSA Independent College in 1991-1992 in Harare and spent three years at BAT Workshop Studios. A well-educated and refined young man, Kashiri worked as an assistant at Gallery Delta for three or four years and was a regular exhibitor at the Gallery.

Kashiri participated in the Zimbabwe Heritage Annual Exhibition of Contemporary Visual Arts in 1992, 1993, 1994, 1995, 1996, receiving Highly Commended certificates from 1993-1996. In 1997, Kashiri was awarded a three-month residency by the Artist’s Council of South Africa. In 1998, he undertook a solo exhibition at Gallery Delta and in 2000, he participated in the Mobil Zimbabwe Heritage Biennale.

His works can be seen in the permanent collections of The National Gallery of Zimbabwe, Gallery Delta (Zimbabwe), Seven Seas Incorporated (Zimbabwe), Fordsburg Studios (South Africa), and in private collections internationally. 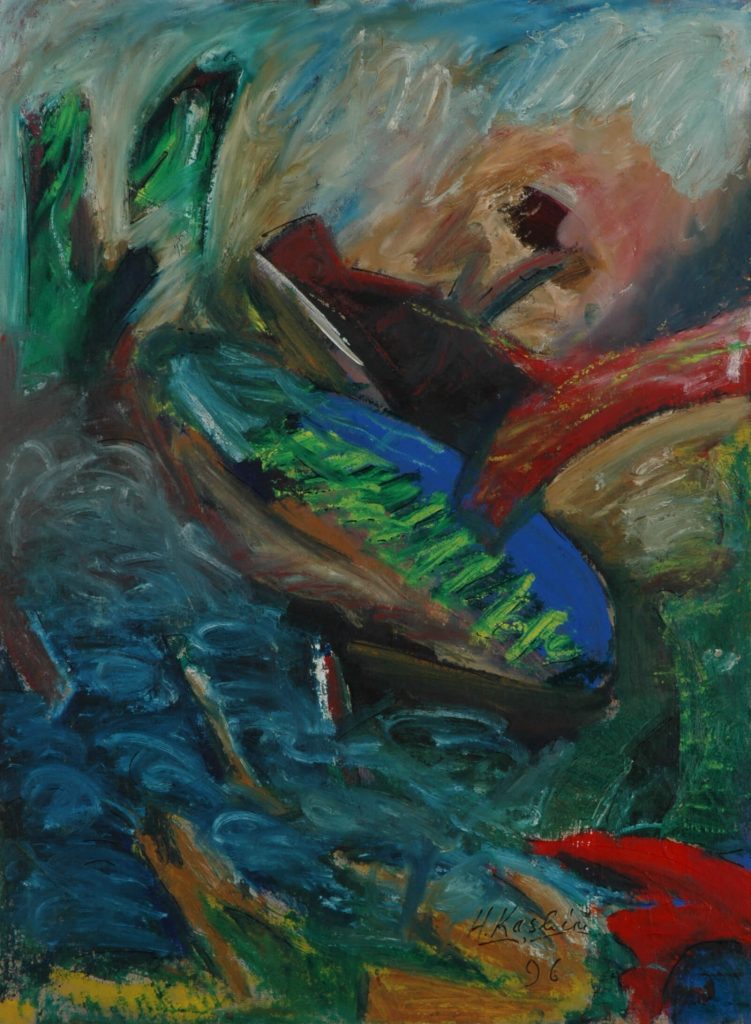