George Churu was born in 1964 in Harare, Zimbabwe to Mozambican parents. Churu was both a painter and graphic artist who was heavily influenced by Cubism.

Churu studied at the BAT Workshop Studios (National Gallery of Zimbabwe) from 1988-1990. From 1990-1994, Churu worked as an illustrator for the Zimbabwe Publishing House. He participated in the Zimbabwe Heritage Annual Exhibition of Contemporary Visual Arts in 1988, 1989, 1991, 1993, and 1994. At these exhibitions, he obtained the Highly Commended Certificates in 1989, 1990, and 1991. In 1993, he received a Highly Commended certificate for his painting from the Africa Environment Foundation.

After his death in 2002, his work continued to be exhibited in a number of group exhibitions at Gallery Delta in Zimbabwe. 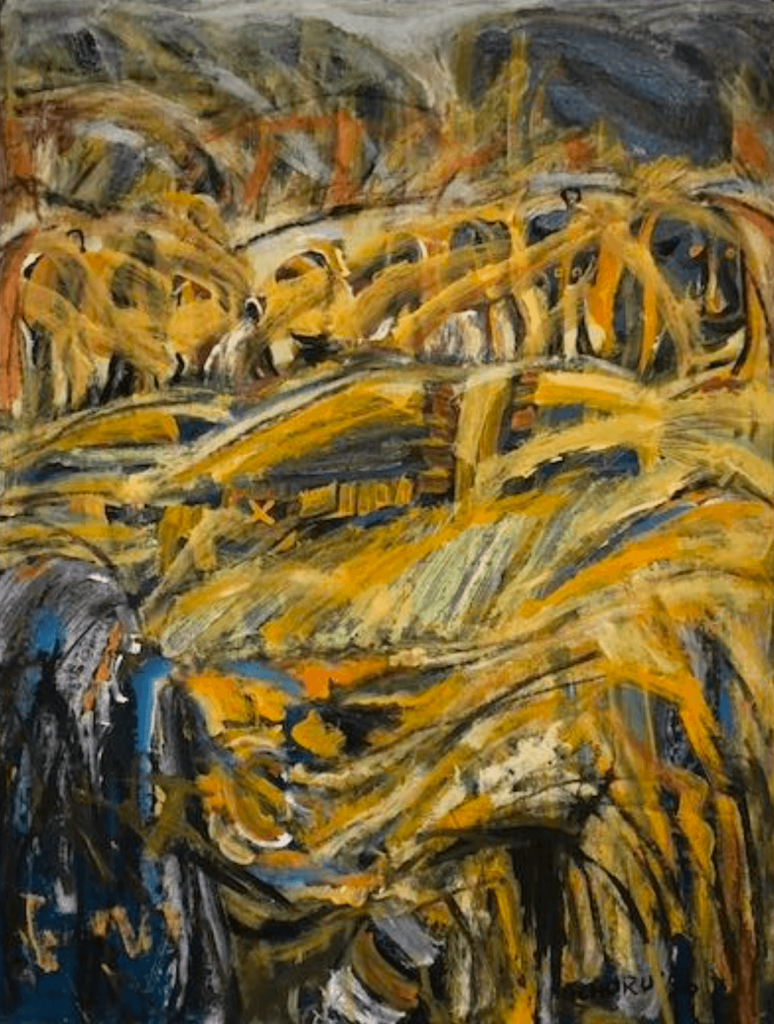